The Sony RM-VPR1 Remote Control is a wired remote commander that lets you perform remote control operations on a select number of Sony cameras. This allows shutter control, optical and digital zoom and the ability to shoot in bulb and continuous modes with locking functionality. Additionally, in some devices, video recording is also possible.

Maximum compatibility is assured with the bundling of two cables with two different ports: the brand new multi-terminal port and the legacy remote terminal port (3-pin). An extensive list of compatible cameras are listed here. Note that at the time of this writing, the a5100, a6000, a7s and a7-ii are not yet listed. However, since they are equipped with the multi-terminal port, they should be compatible.

Several items are included in the box, they are the following:

The remote commander is replete with buttons used in remote control operations like the start/stop video recording, zoom buttons: W and T (which are useful, among others, when using Power zoom lenses with your interchangeable-lens cameras) , shutter button with bulb lock and the on/off slide buttons.

As mentioned, previous cameras that have the old remote port can still be used with this device as the remote terminal cable is also bundled in.

The clip lets the remote be attached to any objects nearby so that it is not dangling around. It has a cradle that the remote commander can just slide in and then lock into place. This cradle can also rotate around 90-degrees for more flexible remote placement.

The Sony RM-VPR1 Remote Control costs a little over $50 and is available in Amazon. 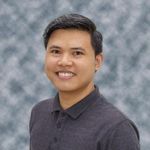