To make things even easier, continue to use the @ngneat/tailwind package. The setup has been simplified much further the last time this article was written. As a bonus, it now even supports a NX-powered workspace.

There does exist a bug, at the moment, that prevents the above command from completing successfully. A simple workaround can be used to overcome this difficulty.

With the release of version 11, Angular has now made it easier to enable Hot Module Replacement (HMR) during development. Literally, with a single flag:

To review, HMR is a useful feature offered by webpack that allows development changes to modules at runtime without requiring a full refresh. In the past, in order to do this in an Angular CLI app, you would have to download a dev dependency called @angularclass/hmr then add new configuration as well as update the boostrapping process.

In the case of v11, all the changes above won't be necessary anymore.

When enabled, a running application will reflect the new updates to the components, styles and templates instantly while preserving form inputs and the scroll position. This is really good as it results in an overall faster development feedback.

Now, if you are like me who use Angular with TailwindCSS. You'd know that it uses a custom webpack builder, @angular-builders/custom-webpack. I was keen to know how the new update can benefit and potentially introduce bugs to my Angular x TailwindCSS setup.

Thankfully, whipping up a TailwindCSS-powered Angular CLI app is a breeze nowadays.

At the moment, there's a bug with @ngneat/tailwind template after an update to the webpack-merge, so this line, in the generated webpack.config.js, needs to be updated.

A PR that fixes the issue is on the way, so this extra step won't be required soon.

The linked pull request has been merged in the new @ngneat/tailwind version which means that this extra step is not required anymore. In fact, the updated version also automated the integration to the beta version of the custom-webpack builder

@angular-builders/[email protected] has been released so this extra step is not required anymore.

We're almost there. Currently, the latest custom-webpack builder (10.0.1) that is added by @ngneat/tailwind is not compatible with --hmr. When you run the app, a warning is thrown in the developer console, saying:

We need one last step, which is to update to its --next version. Version 11 of

As you can see, the feedback is very fast making development so much more fun.

I have a created a github repo for anyone to try it out. Please do so and let me know what you think. 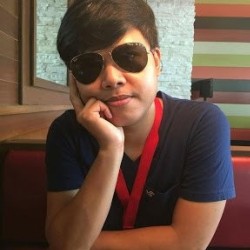